These parts are high performance pistons. They were heavily covered in carbon and burnt oil. This type of component uses small oilways to transfer oil around the piston and bore. During inspection, we found that some of these oilways were blocked. This was very important in ring grooves especially for the oil scraper ring 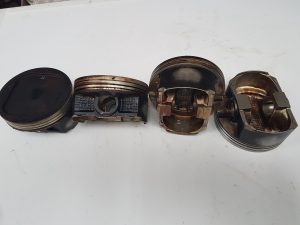 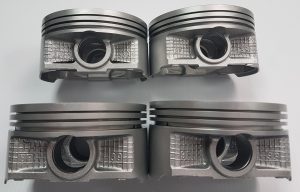 After Vapour Honing, all of the carbon and burnt oil was removed. The oil galleries and ring grooves were cleared. The parts can now be inspected closely and decisions made to re-use or replace them. This is critical in high performance engine building. One very important matter is that this took around one hour, vapour honing is normally a very quick process 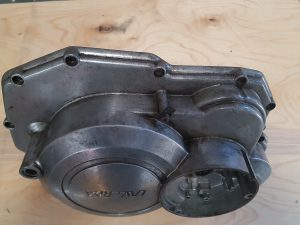 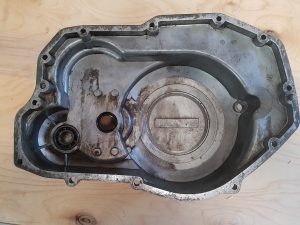 These parts from one of our race bikes were in pretty bad condition being over 40 years old. As you can see in the first two images they were showing their age. After cleaning you can see that the parts now look like new and were ready for inspection 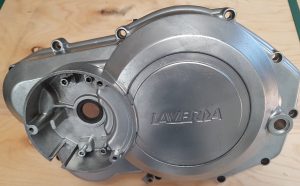 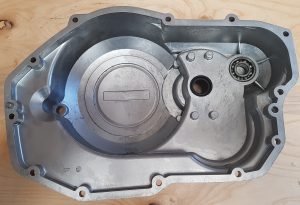 These are end covers from a starter motor, before and after cleaning. We didn’t find any major problems and were able to rebuild it with just one bearing and some brushes

After cleaning parts for a race engine we found problems that were not initially visible, it was coated in 40 years of oil an debris. This image shows the clutch hub, the marks on the inside were just where somebody was a little over enthusiastic bending a locking washer over. When we inspected the outer grooves found these marks where the clutch plates had chattered. Without repair, this would have caused poor clutch operation 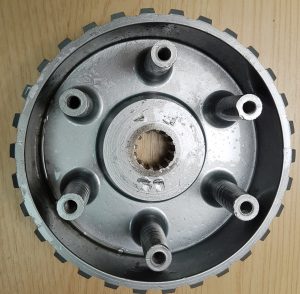 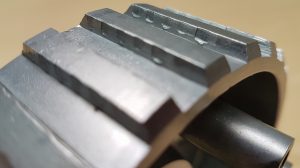 Our location is SK10 5RX